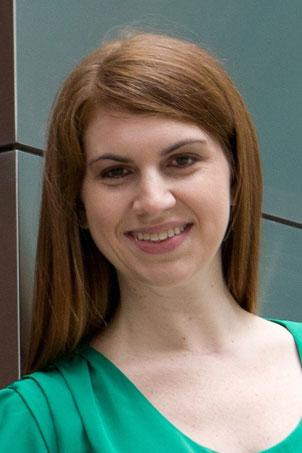 Ellyde R. Thompson is a partner in Quinn Emanuel’s New York office and a leading member of the firm’s appellate practice group.  She brings a unique blend of trial and appellate experience to her matters.  Ellyde’s trial experience includes jury trials and bench trials in federal and state court, administrative proceedings, and arbitration hearings, including before the American Arbitration Association and the International Chamber of Commerce.  She also regularly handles appeals before federal and state appellate courts.  As a result, Ellyde has special expertise in ensuring the preservation at trial of issues for appellate review.

Ellyde has extensive experience litigating across many practice areas, including high-stakes complex commercial matters, constitutional law, copyright and trademark law, employment law, sports law, and the energy sector.  For more than a decade, Ellyde has represented energy companies in a wide range of proceedings, before federal and state administrative agencies, on trial and appeal, before the United States Supreme Court, and in arbitration hearings. Ellyde frequently litigates issues of constitutional and statutory law, including questions of preemption.  As a former newspaper reporter, Ellyde often handles cases implicating the First Amendment and she successfully defended Elon Musk in a jury trial in which the plaintiff sought $190 million in damages for defamation, with the jury rendering its favorable verdict after deliberating less than an hour. Ellyde also has experience representing companies, including technology firms and leading private equity firms, in litigation against former senior executives.   Ellyde’s broad experience litigating intellectual property disputes extends from patent disputes on behalf of Celgene Corp. and Motorola Mobility to a copyright dispute on behalf of the Richard Avedon Foundation to a trademark licensing dispute on behalf of the rapper Jay-Z.  Ellyde’s practice also encompasses sports law, including representation of individual athletes and sports associations, and Ellyde was named a Law360 Rising Star in the area of Sports Law in 2019.

Ellyde has an active pro bono practice.  She has represented the Stein Center for Law and Ethics as counsel of record on several Supreme Court amicus briefs concerning the constitutionality of the administration of the death penalty and prosecutorial misconduct.  She recently represented the Leadership Conference on Civil and Human Rights, the Lawyers’ Committee for Civil Rights, and dozens of other organizations on a Supreme Court amicus brief regarding the application of anti-discrimination provisions in public government contracts with private entities.   In 2017, she helped obtain a favorable Supreme Court decision invalidating on equal protection grounds a portion of the Immigration and Nationality Act.

Prior to joining the firm, Ellyde clerked for the Honorable Betty Binns Fletcher on the U.S. Court of Appeals for the Ninth Circuit and worked as an associate at Cravath, Swaine & Moore, LLP.