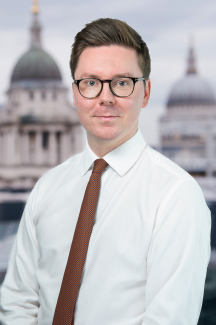 Joseph is a Senior Associate in Quinn Emanuel’s London office.  He joined the firm in 2017.  His practice focuses on complex commercial litigation and international arbitration.  Prior to joining the firm, Joseph trained at an international law firm, spending six months in Paris, before joining the arbitration team of a major U.S. firm in London where he practiced from 2014 to 2017.  Joseph read English Law and French Law at King’s College London and Paris I Panthéon-Sorbonne.

In addition to having had exposure to English High Court litigation, Joseph has extensive experience of international arbitration under the ICC, LCIA, HKIAC and UNCITRAL Rules. Joseph is fluent in French and Welsh.  He also speaks basic Spanish.