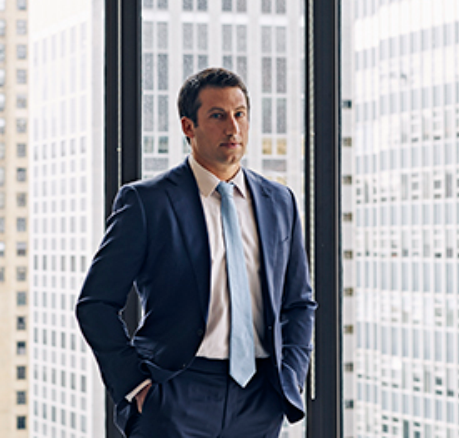 Alex Spiro is a partner based in the firm’s New York office, where he serves as Co-Chair of the Investigations, Government Enforcement & White Collar Defense Practice. Mr. Spiro is a graduate of Harvard Law School. As a Manhattan prosecutor, among other cases, Mr. Spiro helped indict and convict Rodney Alcala, the “Dating Game” serial killer, for two New York murders in the 1970s, and, convicted, at trial, serial murderer Travis Woods. He also worked with the Conviction Integrity Unit investigating potential wrongful convictions.

Mr. Spiro has, as lead counsel, tried well over 50 cases to verdict. Notably, over the last several years, he has secured a string of significant verdicts for his clients in both federal and state court.

Alex’s practice area spans nearly every type of litigation or dispute across the globe. Mr. Spiro has handled and tried cases across the country and Europe, and has litigated cases involving white collar and regulatory issues, defamation and 1st Ammendment law, securities, complicated financial matters, intellectual property, bankruptcy, etc. He has also overseen an array of complex investigations that include companies in a wide range of issues and industries.

In addition, Mr. Spiro has served on the faculty of Harvard’s Trial Advocacy Program, a lecturer at Harvard Law School, and is Chairman of the Board of Harvard's criminal justice initiative - The Fair Punishment Project. He also serves as Counsel to the Reform Alliance.

As an attorney, Mr. Spiro has lectured on a variety of subjects including trial practice, corporate privilege, evidence, and criminal law. Mr. Spiro is a member of Phi Beta Kappa, and has received several other academic and professional citations, including the Albert Imlah writing award, and the ACC Northeast Ethics Lawyering award. He also sits on several company boards – both private and public

Prior to becoming a lawyer, Mr. Spiro studied bio-psychology and worked at Harvard’s Psychiatric Facility, McLean Hospital. In his five plus years at McLean, Mr. Spiro supervised departments of an adolescent treatment facility and ran a program for children with Autism and Asperger’s syndrome.