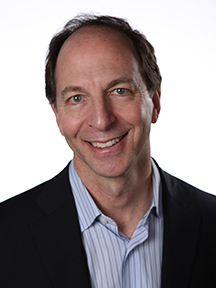 Tom Rubin is special counsel in our Seattle Office, having served for many years as Microsoft’s Chief Intellectual Property Strategy Counsel and the head of the copyright, trademark and trade secret group at the company. He has vast expertise in intellectual property, technology, licensing, internet, media law, corporate governance and investigations.

He is currently teaching an advanced copyright seminar as a lecturer at Harvard Law School and previously taught two advanced copyright seminars at Stanford Law School and a criminal justice seminar at Yale College. A frequent speaker on legal, policy, and business issues related to content, innovation, and the Internet, he has testified before the U.S. Senate Judiciary Committee and addressed the St. Petersburg International Economic Forum in Russia, International Copyright Forum in China, International Copyright Technology Conference in Korea, Smithsonian Institution in Washington, D.C., and many other government, academic and industry forums around the world.

Prior to Microsoft, Rubin was an Assistant U.S. Attorney in the Southern District of New York, where he was one of the country’s first prosecutors of computer and intellectual property crimes. He argued and won three cases before the U.S. Court of Appeals for the Second Circuit and was awarded the Department of Justice Director’s Award for Superior Performance as an Assistant United States Attorney. Among his notable cases were:

He clerked for Judge Leonard B. Sand in the U.S. District Court for the Southern District of New York and Chief Judge James L. Oakes in the U.S. Court of Appeals for the Second Circuit.

A graduate of Yale and of Stanford Law School, he worked in the newsroom of The New York Times prior to law school. He currently serves on the Board of Directors of Creative Commons; the Steering Committee of the Reporters Committee for Freedom of the Press; the Board of Visitors at Stanford Law School; and the Board of Advisors of CCH’s Guide to Computer Law. He was also a member of the Intellectual Property Commission of the MIT Media Lab.