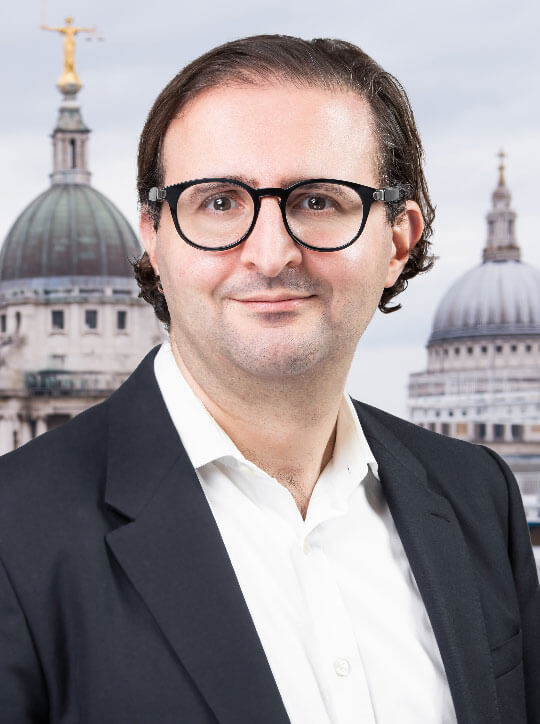 Nick Marsh is Chair of the Civil Fraud Practice in London. He is experienced in complex cross-border disputes, through both arbitration and litigation. His practice focuses on M&A, finance, energy, telecoms, fraud, insolvency and offshore disputes, and often involves parties from Eastern Europe and the Middle East involved in LCIA Arbitrations and related court proceedings.

Described in Chambers as a "superb litigator, one of the very best I have dealt with.”, “He has very good judgement and is incredibly hard-working. He is very creative, imaginative and has boundless energy”, “truly outstanding”,  “He is a first-class litigator. He really gets his teeth into a problem, thinks of all the angles and will fight to the bitter end for a client.”, “A  joy to work with”, “a bright and extremely hard-working" lawyer” with an “ability to think laterally and to come at problems from new angles in the face of tricky disputes” and “well regarded for his special expertise in Russian-related and Eastern European finance litigation.” Most recently, Nick has been described as having “a real hands-on approach with clients and is truly willing to go beyond expectations. He really digs deeper to get to the best strategy and is one of the best lawyers in the civil fraud space." "He's an excellent, tactical and aggressive litigator who always thinks creatively about putting pressure on the other side.”

Described in Legal 500 as a “brilliant tactician” who "works extremely hard for his clients who love him as a result" and “one of the most experienced litigators. Great understanding of how to present a case. A team leader of considerable experience”, “a consummate professional combining a faultless technical approach with a commercial, user-friendly and down-to-earth style.”

In Legal 500, his adversaries have quoted him as “certainly one of the toughest opponents we have come across.”

Legal 500 also states that “Nick Marsh has recent experience of advising on fraud issues within the financial sector. Sources praise his meticulous attention to detail and his creative approach to problem solving.” ... “the 'substantially skilled and proficient' solicitor advocate Nick Marsh uses his fluent Spanish, French and German to great effect in the frequently multilingual aspects of fraud. He is a regular sight in banking fraud work including associated arbitration as well as litigation".

Nick has practised arbitration in London and Paris. He is a fluent Spanish, French and German speaker and also speaks basic Russian and Italian. He has been selected as an arbitrator by the LCIA Court in a prominent CIS dispute and as an arbitrator in an SCC Stockholm arbitration between Russian parties.