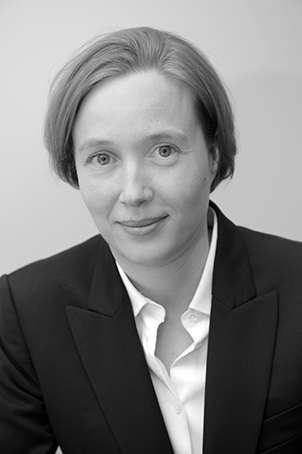 Dr. Nadine E. Herrmann is the Managing Partner of Quinn Emanuel’s Hamburg office and Chair of the firm's EU and German Competition Law Practice. She is a Rechtsanwältin (Germany), a Solicitor of the Senior Courts of England and Wales, a Member of the Hanseatische Rechtsanwaltskammer and is registered with the Brussels Bar (E-List). She holds a PhD in law (“Dr. iur”) and a Masters Degree from The University of Sydney.

Dr. Herrmann has broad litigation expertise, including securities/capital markets and other finance litigation, antitrust, intellectual property and other regulatory and commercial litigation at trial and appellate level. She has broad experience in litigation and investigations, representing her clients before courts and regulators (including the German Financial Supervisory Authority, the European Commission and the German Federal Cartel Office).

Dr. Herrmann has been internationally recognized as an expert litigator. She has practiced in Germany, the UK, and the United States.

Before joining Quinn Emanuel in 2012, Dr. Herrmann was a partner at Allen & Overy LLP.

In 2010, she was recognized as having one of the ‟25 leading careers” (Karriere des Jahres) in Germany by the Handelsblatt magazine and is listed in IAM 1000 as a leading attorney in Germany who is praised for her ‟keen analytical eye” and ‟impressive intellect.” In 2011, she was recommended as one of the ‟Best Lawyers” in Germany by Handelsblatt/Legal Success. Law360 named Dr. Herrmann a “Rising Star” in 2013. Chambers Europe recognized Dr. Herrmann as a ‟notable practitioner”, citing sources who say, ‟she is an impressive lawyer with notable technical expertise.”