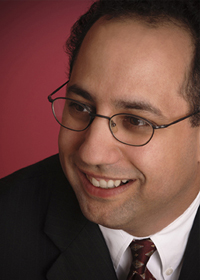 Ryan Goldstein is Managing Partner of the firm’s Tokyo Office and lives full time in Japan.  Ryan's practice is devoted to complex business litigation, including patent and intellectual property litigation, antitrust, class actions, product liability, criminal investigations, defamation, and contract/fraud disputes.  With respect to patent work, he has litigated and advised clients in a wide range of technologies, including complex cellular communications technology, television technology, semiconductor technology, encryption systems, GPS and other navigation systems, automobile technology, internet provider systems, printers and print heads, fiber optics, and electric razors, amongst others.  He has also litigated extensively in the fields of software and hardware implementation and aerospace contracts, and mechanical engineering.  In addition to being involved in approximately 20 ITC lawsuits, Ryan also frequently appears in the ICC in international arbitrations.

Moreover, Mr. Goldstein has unique expertise in advising Japanese clients and litigating on their behalf.  His fluency has allowed him to work closely with Japanese clients on all phases of litigation, from document collection and production to the preparation and defending of key witnesses (including numerous patent inventors), all in Japanese.

Ryan teaches comparative international law, in Japanese, at Doshisha University and Tokyo University.  He also served as a visiting scholar at Waseda University Law School, and has been invited to speak as a visiting lecturer at Waseda Law School, Keio Law School, Keio Law Department, Doshisha University, Seikei Law School, and Omiya Law School, amongst others.  He generally lectures, in Japanese, on a variety of topics related to complex litigation, including patent and intellectual property law issues, the attorney-client privilege, trial strategy, and e-discovery.  Ryan was the keynote speaker at an IP Forum sponsored by the Sankei Newspaper that drew over 400 participants.  He has appeared in over 50 Japanese publications, including feature articles in the Nikkei Newspaper, Sankei Newspaper, Lawyers Magazine, Nikkei Business Journal, and Business Law Journal.  He has also been interviewed in national Japanese radio programs, in Japanese, on aspects of U.S. law.

Ryan has also appeared regularly as a commentator on CNN Saturday Night, a live CNN Japan news show that aired weekly on the BS Asahi channel.

Ryan has been named the “Best Lawyer in Japan” or the “Litigation Lawyer of the Year” in Japan every year for the last six years.  Chambers’ research describe Ryan as “unquestionably a great lawyer” with a “full-branch skill set” in litigation, with strengths including his “mutilingual abilities associated with multicultural understanding” and “ability to find precise solutions straight away.”  According to Chambers, Ryan was touted as “one of the most brilliant and talented lawyers I have had the pleasure of meeting, and he truly understands the intricacies of working with Japanese clients.”  Ryan and the firm’s “precise and intelligent advice is always tailor-made and direct to the point, without generalisations. You can concentrate on what is really important to the project, without having to worry about marginal issues.” IAM Patent 1000 similarly described Ryan as a “polyglot” and “terrific communicator…who notched up courtroom victories for a wide array of electronics entities.”  Ryan has been ranked in the categories of Dispute Resolution and Intellectual Property by Chambers Global, Chambers Asia Pacific, and Legal 500 Asia Pacific  numerous years in a row, including Band 1 for Intellectual Property for Chambers Global.. Ryan was also recently recognized by The Nikkei as one of Japan's Top 10 Lawyers for Foreign Law.  He was also named by The Daily Journal as one of the top 20 lawyers in California under 40 years old, and has been named a "Rising Star" by Super Lawyers Magazine.  He has also been named a “Local Disputes Star” for Arbitration, Antitrust, IP, and Class Action by Benchmark Asia-Pacific.