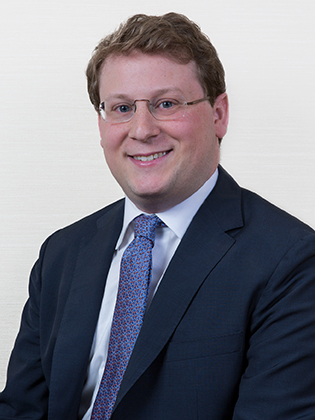 Jesse Bernstein is an associate in Quinn Emanuel’s New York office.  He joined the firm in 2015.  His practice focuses on complex commercial litigation, with an emphasis on securities fraud and corporate governance actions.  He has represented plaintiffs and defendants in class actions and individual actions involving the Securities Act of 1933, the Securities Exchange Act of 1934, and state blue sky laws.

On the plaintiff side, Jesse currently represents some of the world’s largest institutional investors in several securities opt-out actions alleging violations of state and federal securities laws, including multiple actions related to the demise of one of the world’s largest renewable energy companies as well as an action related to a complex pharmaceutical fraud that has been dubbed the "Pharmaceutical Enron."

On the defense side, he currently represents one of the world’s largest drug companies in a securities class action alleging a failure to disclose an alleged price-fixing conspiracy.  He previously helped obtain the dismissal of a securities class action, as well as affirmance of that dismissal before the Court of Appeals for the Second Circuit, where plaintiffs had alleged that a major retail broker-dealers made material misrepresentations regarding its order-routing practices.

Jesse also has significant trial and arbitration experience, including a leading role in a multi-week securities fraud trial, first-chairing an arbitration arising from the acquisition of a multi-million dollar investment property, and a pro bono trial in federal court where he presented the opening statement before the firm’​s client was voluntarily dismissed.